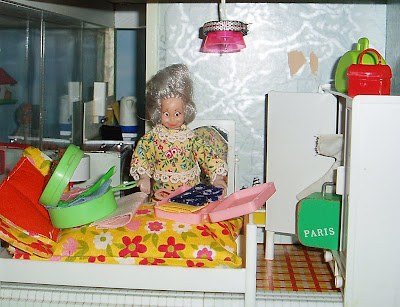 Rigoberta is so excited about the trip she and her hubby Felipe are taking to a sweet little time-share cottage in Illinois. She has all of her suitcases out and is busy trying to decide what to take with her. Isn't that always the problem? Oops, must leave a little room for Felipe! 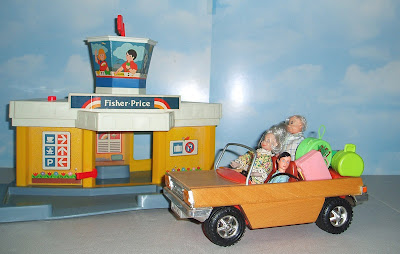 Their good neighbor, Gund Slinger, volunteered to take them to the airport. Gund is thinking... that's a lot of suitcases!  Rigoberta is wishing Gund would keep his eyes on the road in front of him.  Felipe is wishing the windshield were higher because he is getting a lot of bugs in his teeth. 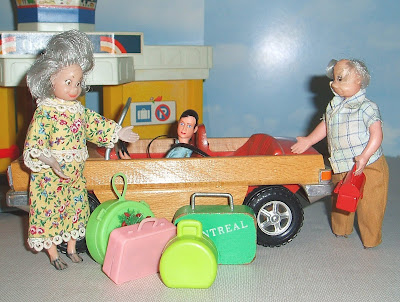 "Felipe!  Get a trolley to carry these bags. Why did you bring your lunch box? Don't you know they will serve  food on the plane?" says Rigoberta.
"Oh, Honeybun, I filled my lunchbox with Ding-Dongs just in case they don't have them in  Illinois!"
"Oh, Felipe, what to do with you! I bet that was Consuela's idea." 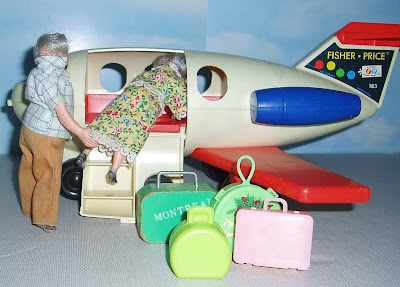 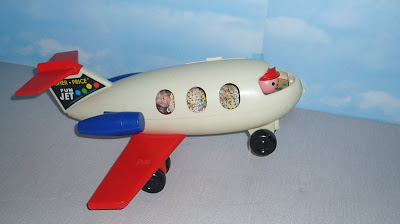