Two years ago I shared with you that 3 avid collectors of vintage dollhouses were collaborating on a book about Rich Manufacturing Co. dollhouses and other buildings they produced.  Patty, JoAnn and Rita have been successful in tracking down more than 100 variations of the models Rich Toys made between 1935 and 1961; however, there are still several houses that have appeared in catalogs or have been seen on auction sites they would like to include in their book.

Please  view the pictures and descriptions below, and if you have one, know someone who has one, or have seen one in an antique shop or museum, please contact Patty at gardenmont@aol.com or JoAnn at joannbelanger@frontier.com with the information. 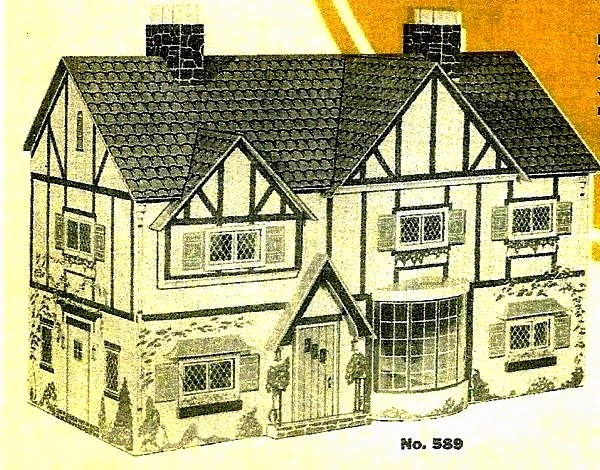 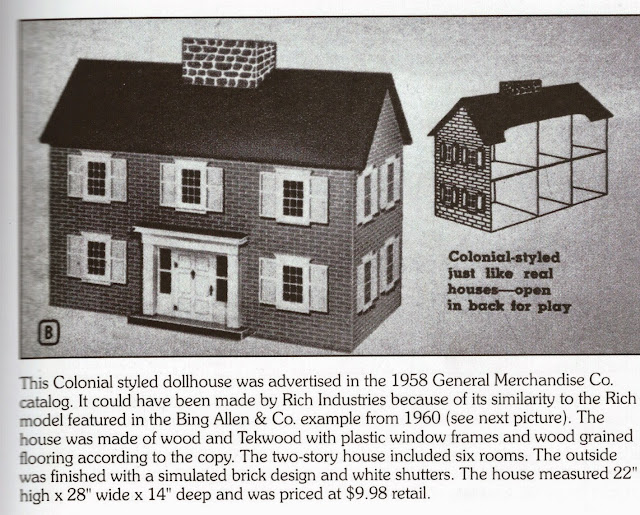 Rich made a columned version of this brick house, but so far a non-columned example like the one shown in this 1958 advertisement hasn't been found. 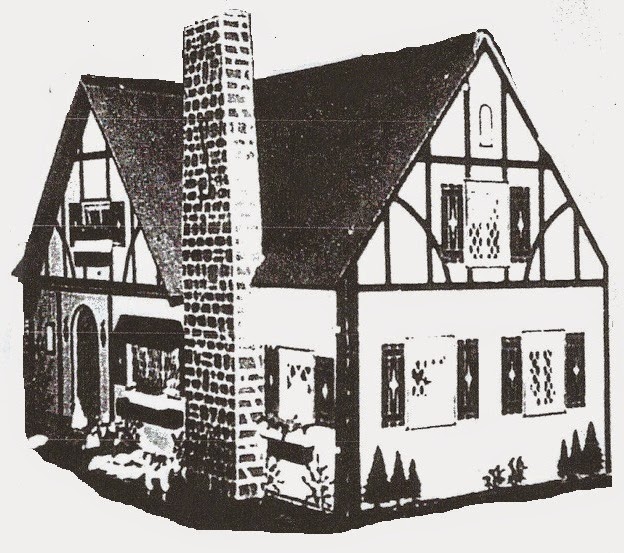 This wonderful Tudor house, in shades of pale yellow and brown, has a single large gable in the front, flower boxes under the windows, and diamond shapes in the shutters. Several models with variations have been found, but not this one with the chimney stack moved to the right side of the house. 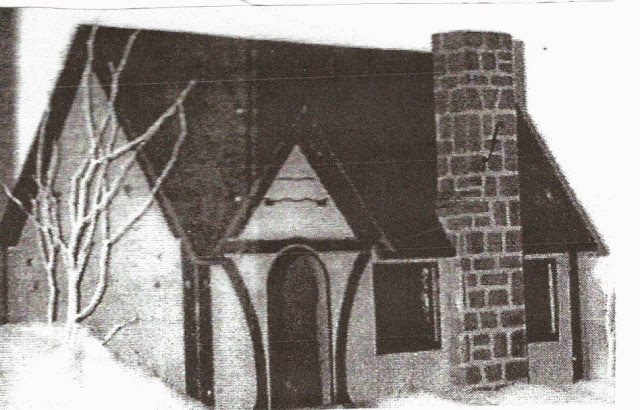 This early Tudor has "parentheses" around the door with wavy horizontal lines above. It's a smaller version in the same design series of the one listed above. Carol Morehead, on her My Realitty blog, has one pictured with shingles added, but so far the authors have been unable to contact her. 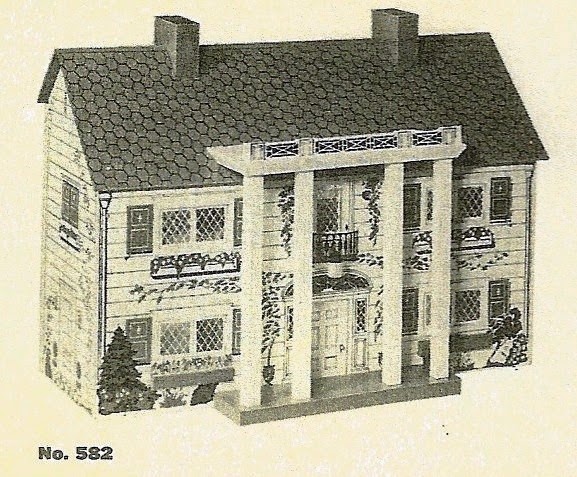 Rich model # 582.....this small Southern Colonial has a real metal balcony and four windows on the front. A very similar model with a front facing gable was found, but not this one with the straight balustrade. It is 27" wide. 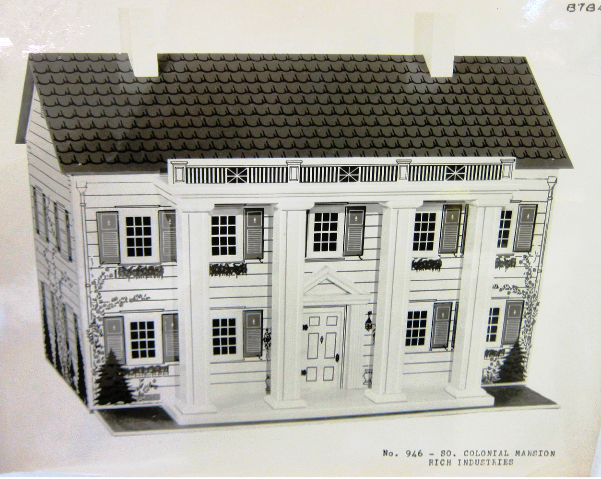 The Morrison Historical Society provided this image from their files on Rich Industries. It may have been made around 1961 and was over 33" wide. Unlike the earlier big Southern Colonials, the columns on this one are squared.


If you can help in locating any of these wonderful vintage Rich Toys dollhouses, Patty or JoAnn  would be delighted to hear from you.  In the last few months, through playing "six degrees of separation" between buyers, sellers, and surfers on eBay, 2 wonderful models have been located.... 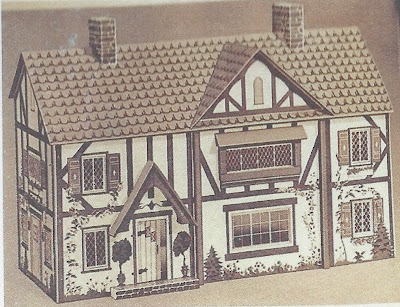 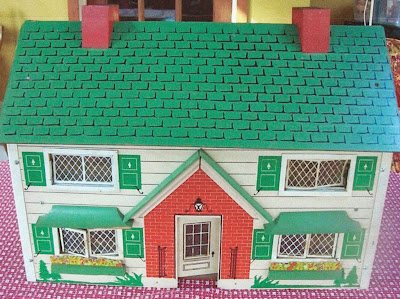 Thank you Tracy and Sandy! 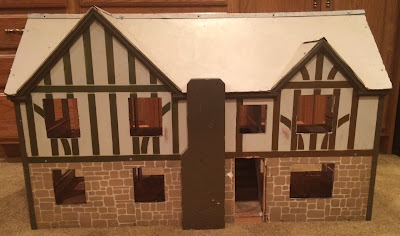 ﻿
This wonderful 1930s Rich house was located when Janet contacted me through this blog. It was her childhood dollhouse and she is in the process of refurbishing it for her little granddaughter!
﻿
Keep Looking!
Posted by Florine at 4:11 PM 4 comments: