The Lurches arrive in Knoxville

This is an update on Letty Lurch and her twins from my guest blogger, Patty, who has been harboring Pat.Pending for the last 19 months.... 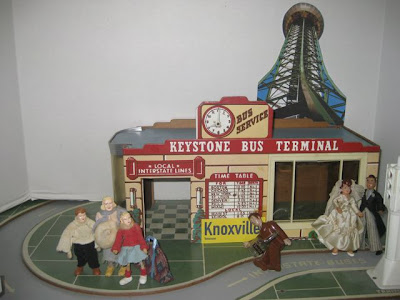 Letty Lurch and the twins, Larry and Linda, arrived at the Knoxville bus station just in the nick of time. Although she had tried to disguise her condition with a muff, Letty was heavy with child. 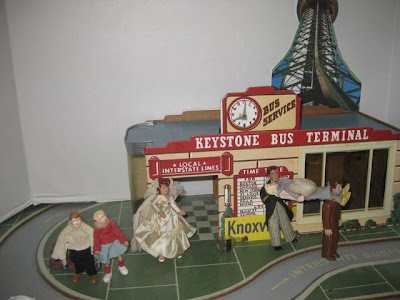 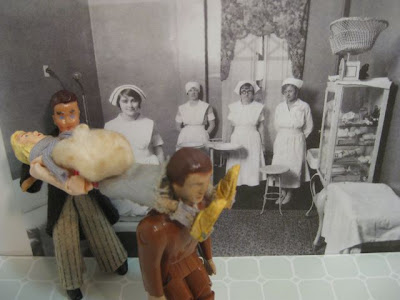 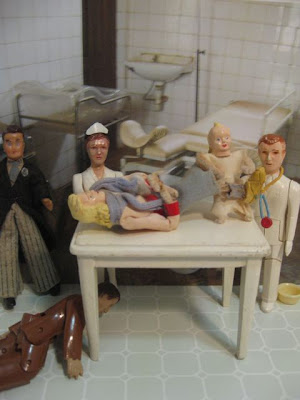 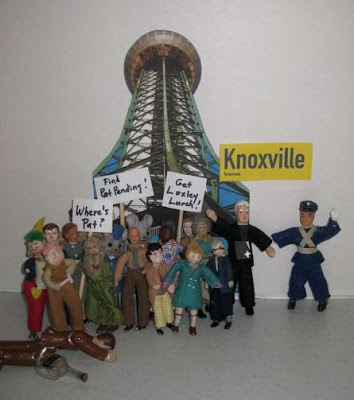 The good citizens of Knoxville are outraged that they have been harboring a deadbeat dad in their midst. They demand that Loxley Lurch a.k.a. "Pat Pending" be found. Officer Flagg vows to track him like a dog. 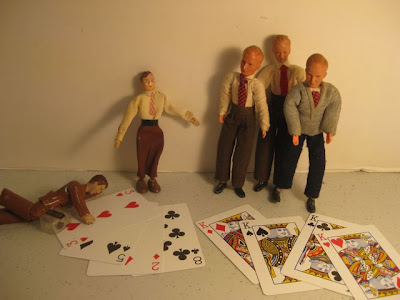 But where is Loxley? What could have persuaded this upstanding man to abandon his family and go into hiding?
Apparently (under the influence of his nefarious cousin Lazarus) Loxley has incurred a rather unfortunate gambling debt, and the Caco gang is determined to collect. The chip on the nose was just a warning of things to come! 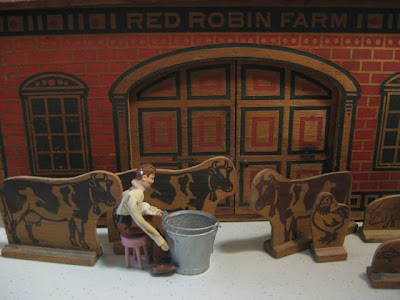 He's been hiding out at the old Converse place near Gatlinburg, trying to keep his family safe from the mob and earn a little money to pay off his debt! 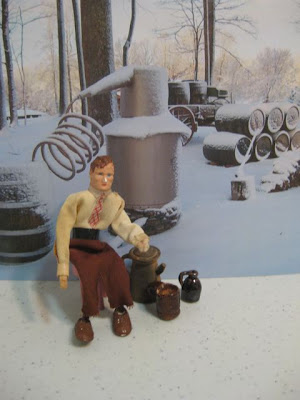 Who would have believed that a little hard work could raise enough cash to get the Caco mob off his back AND have a little left over? 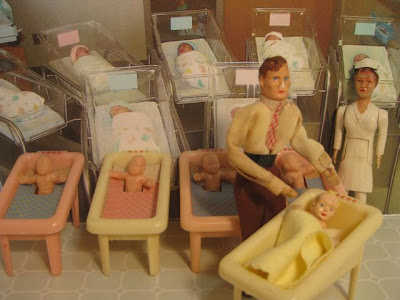 As soon as he hears the good news, Loxley rushes to the hospital to see the baby Letty has decided to name "Irene"--not a usual Lurch name, but Loxley is too happy to care. So what if he's been gone for 554 days? If Loxley were good at math, he wouldn't have gotten himself into gambling trouble in the first place. 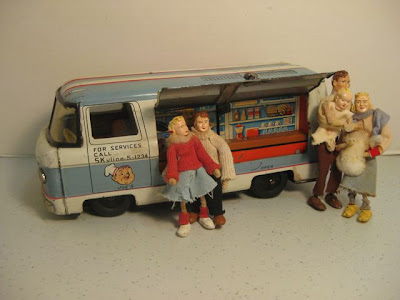 Reunited at last!  With the extra money he made doing chores on the farm, Loxley has invested in one of the popular food trucks.  Who knows where the Lurches will go next?