We last met Harry Castleman when he enticed me to order him a mail order bride......Harry is expecting his bride to arrive any day now, and has decided he needs a car. He doesn't mind taking the bus, but he thinks his new bride would certainly enjoy a car of their own.  Harry hops on the village bus and rides out to Smitty's Used Cars...on the outskirts of Dollhouse Village....we certainly don't want a used car business inside the village! 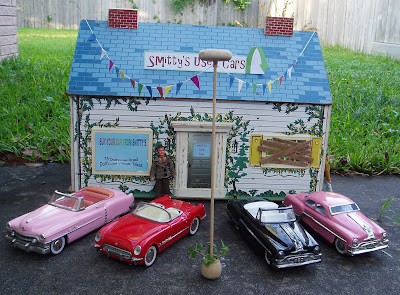 ﻿
That must be Smitty standing outside...waiting for a chump...er... customer. Harry decides to take a look at Smitty's cars. 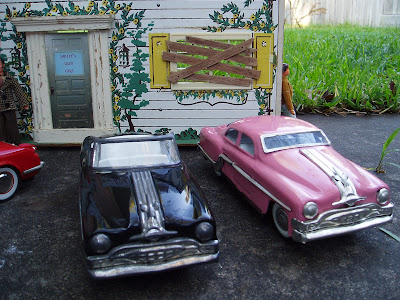 What have we here? Looks like a '50 or '51 Oldsmobile convertible and also a 2 door Olds....in pink...must be a repaint!  Where does Smitty find these classics? 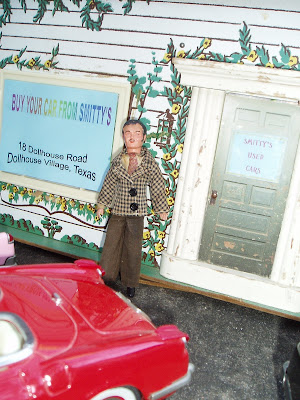 Hmmn. Is that Smitty....or a Burt Reynolds  impersonator ? 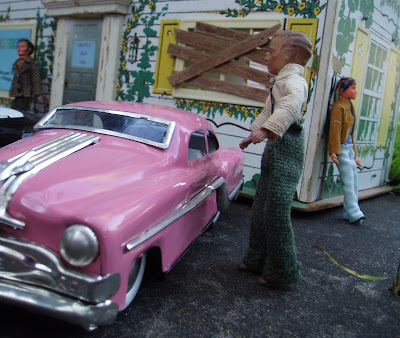 Harry looks at the bright pink Olds first...and thinks there is not much headroom in this car. And probably too flashy for his new bride-to-be too. 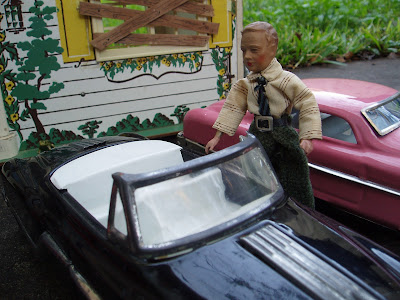 Next, Harry looks at the convertible and remembers when he was young... and wanted a fine black convertible just like this one. 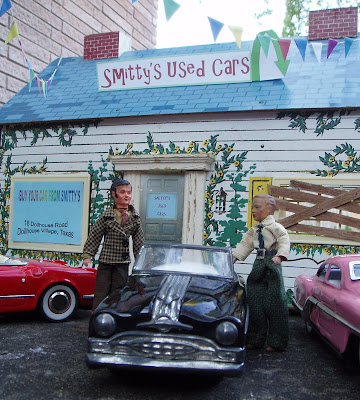 Smitty saunters over to see if he can interest our guy in a "good" used car ... 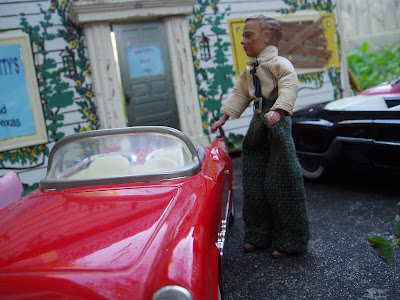 Harry's eyes are suddenly drawn to the red Corvette..
and he walks around the black convertible to check it out. 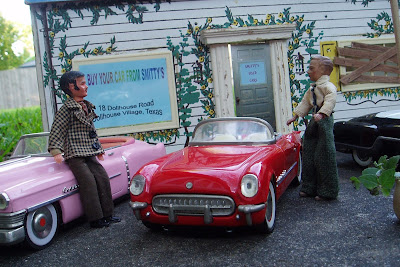 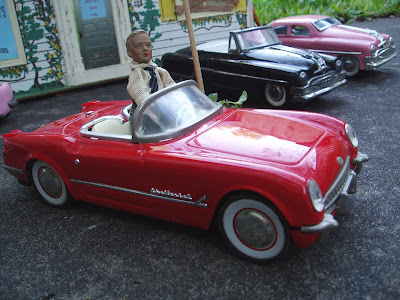 and he doesn't have to make the suggestion twice...so Harry speeds away. 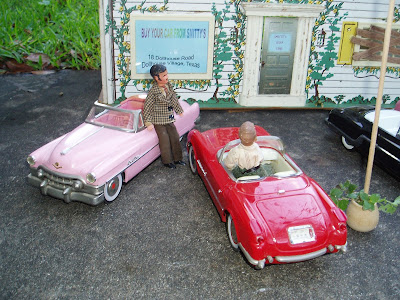 Yelling SOLD!, Harry  almost runs over Smitty when he returns... 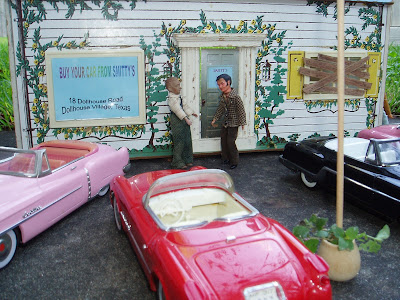 Smitty and Harry go inside to close the deal. 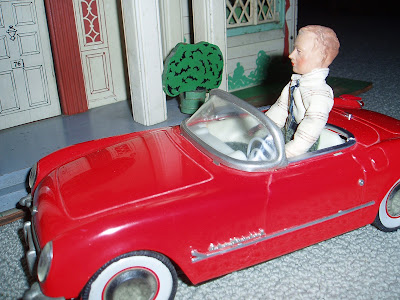 Driving up to his home, Harry takes a good look and thinks maybe it needs some sprucing up before Sophie gets here. 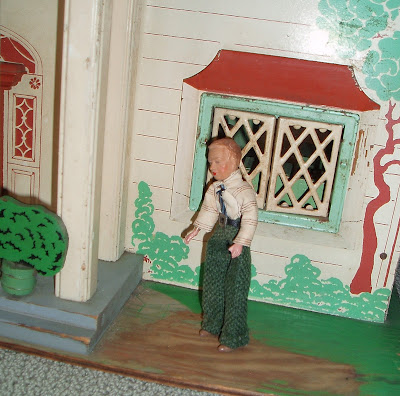 He gets out to take a closer look and he realizes his stepping stones have completely faded away...paint could use a little touch up too. Better give a call to that dollhouse lady...she may be retired, but he has some work that will keep her busy. Ha ha ha! 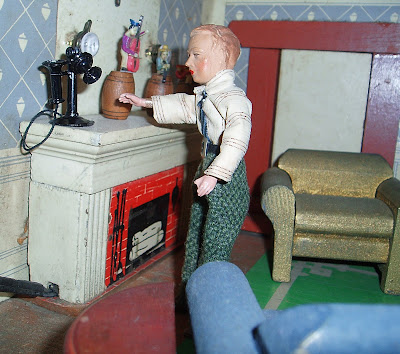 Now....what was her number? Or should he just stick his head out the open side of his house and give her a yell-out? 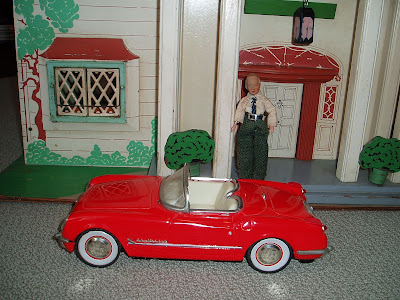 We leave Harry....
standing on the porch and gazing fondly at his shiny new 1954 Corvette.
This story to be continued....
Posted by Florine at 5:37 PM