Obituary for a dollhouse..... 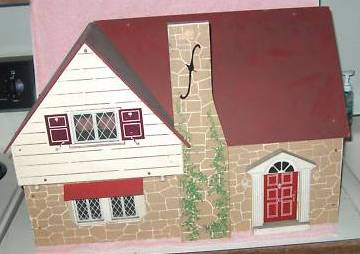 
Barclay, a Keystone of Boston dollhouse, met his demise late July in the state of Pennsylvania. Ron S., his previous owner, states that Barclay was "absolutely destroyed" at the Pittsburgh bulk package sorting plant of the United States Postal Service. 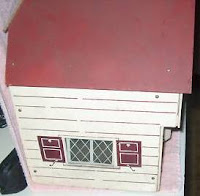 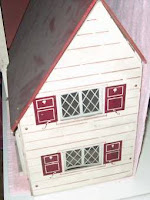 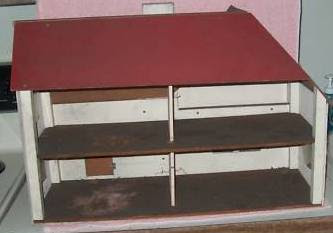 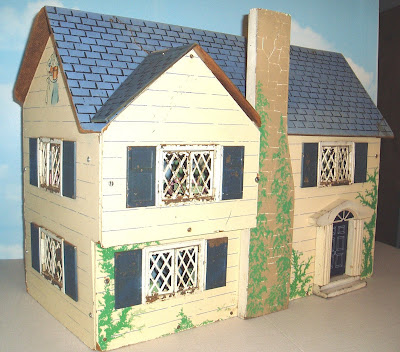 HUD, cousin of Barclay
When interviewed HUD told us, “I was hoping to have a place for him right next to me on the shelf. Man, he would have made me look my age, but family is family. I didn’t even get a chance to meet him”.


There might be a small controversy over Barclay's parentage, as some might think he belonged to the Rich Toys family. And looking at Barclay, one could question if there was a little “hanky-panky” going on. The Rich Toys family produced dollhouses with similar chimneys,  red pediments over the windows, and the plastic windows which are unusual for a Keystone family member. The main characteristic that points to Barclay being a member of the Keystone family is  the supporting frame inside the house as opposed to the metal L-shaped support brackets that most of the Rich Toys family members have.  Uh, and also, his fraternal twin is pictured on page 149 of Zillner and Cooper's Antique and Collectible Dollhouses and Their Furnishings and attributed to Keystone, plus a similar house is shown in the 1938-39 Keystone catalog. And then there is his uncanny resemblance to our man HUD. ;)

Rest in peace, Barclay. Maybe we will discover one of your brothers one day. If we do, we will certainly invite him to live at the Village.


Some of the houses built by Rich Toys were given names....Avon, Birchwood, Berkshire. I am not aware that Keystone of Boston named any of their houses....I thought Barclay suited this little house that never made it to live with his new-found family.
Posted by Florine at 12:45 AM